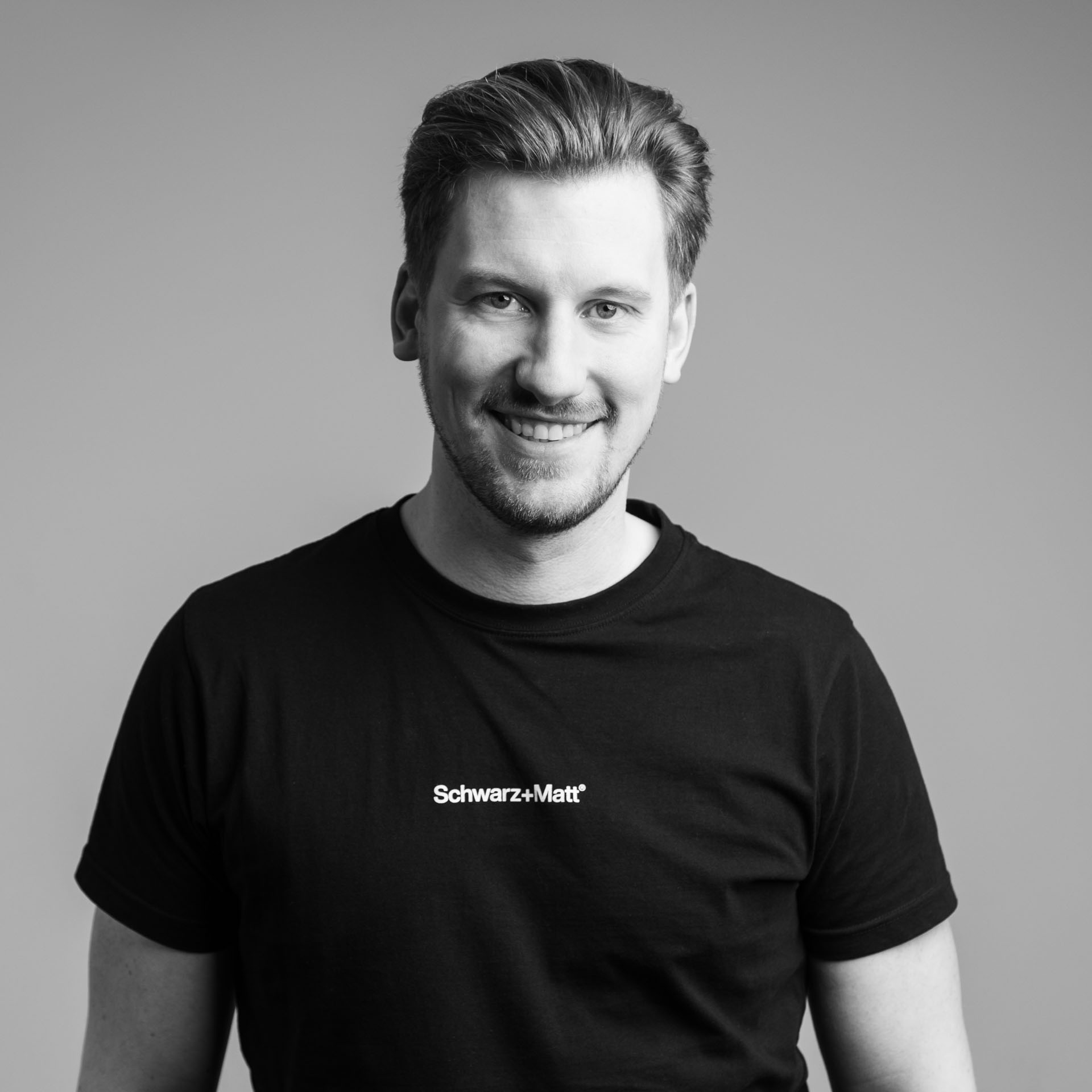 Even as a child, André believed in greater things. Wanted to be a helicopter pilot and move freely in all directions. Has thought up things that could be in the future. During the Abitur came the win of the founder workshop of the Sparkasse Dortmund. Topic: “Ordering Groceries Online.” That was in 2003, and André’s idea came ten years too early.

While studying “Communications & Marketing” at the International School of Management (ISM) in Dortmund, he built up a portal for innovative advertising media and thus his first company. After graduation, he scaled a photography chain store from 3 to over 30 stores and built sales and marketing with Nikolas Nienaber. But they soon realized: a single company is too small for their ideas.

The acquired knowledge was valuable in the founding phase of Schwarz+Matt. Developing creative strategies, addressing new customers, implementing ideas – these are still the company’s strengths today. For this purpose, positioning and optimization, social media activation and campaigns were initiated. And learned something new every day.

André draws inspiration from biographies of successful entrepreneurs, business reports and non-fiction books. What drives him: “Realizing as many ideas as possible himself before others do.” Footprints left behind. Being able to move freely, almost as freely as a helicopter pilot.

We are Schwarz+Matt. We create brands for tomorrow as an agency for branding and design. Our team? Consists of 25 top talents in strategy, design and marketing. We turn the brand of ambitious start-ups and companies into a growth driver. 300+ Customers already trust our brand strategy expertise, our first-class design and our rapid response time.

Don't you think? Try us out!

Do not miss: New branding and digital design insights every two weeks